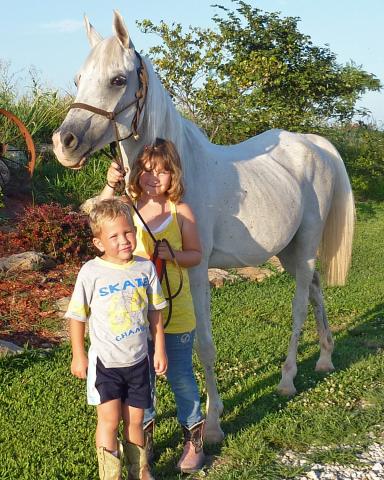 B II Gyza (GYR x Zora), aka Pepper, is a registered Arabian mare who had been used in a backyard breeding operation in north-central Kansas. When the inability to care for the horses reached a crisis level, mares and stallions were still allowed to run together, despite the lack of food and wellness care. As a result, Pepper was bred at the age of 20. The stress of malnutrition was great, especially when complicated by the presence of a developing foal. Fortunately, her daughter Contessa was born healthy and strong in late September 2009. Pepper was adopted in 2010, but had to be returned to the rescue in the fall of 2011. She has now happily found her forever home. See Pepper under saddle.