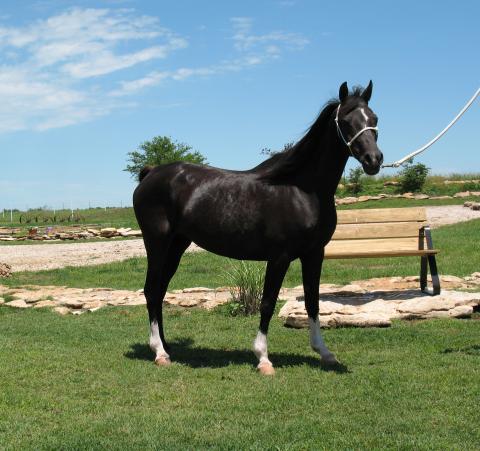 Black Velvet was on the truck to slaughter when she was trampled by the others and could not get back to her feet. When the truck driver found her under the other horses, he decided to leave her at a nearby sale barn with the intentions of coming back later to take her on to the slaughter plant. Thanks to the many concerned donors and volunteers who provided dollars, time and transport, the Arabian mare came to Rainbow Meadows in December2006. She healed well from her scrapes and bruises, and was later retired to the rescue by Team Velvet of the Fans of Barbaro.