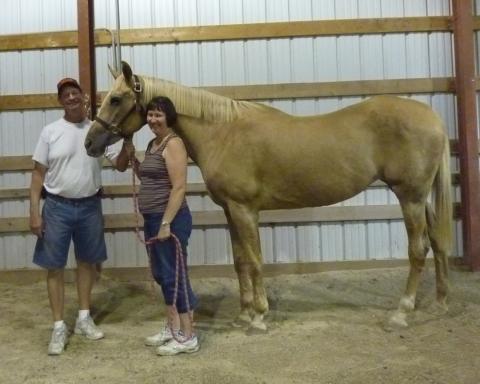 Faith was part of the large herd of horses seized from a KS rescue in July 2010. At the time of seizure she was severely malnourished and weak. Unfortunately, she was returned to the rescue operator as a part of a plea bargain by the courts. A few months later Faith needed a new home and Rainbow Meadows stepped up to offer this sweet mare a safe place to land. She is reported to have been a cross country eventer and has now gone on to her new forever home.