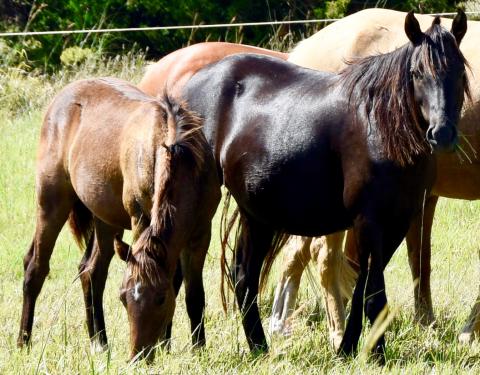 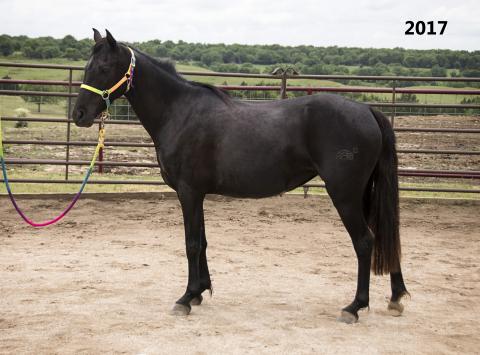 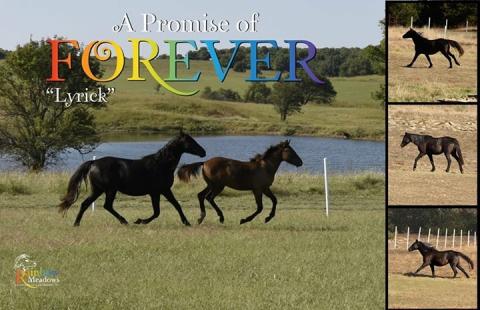 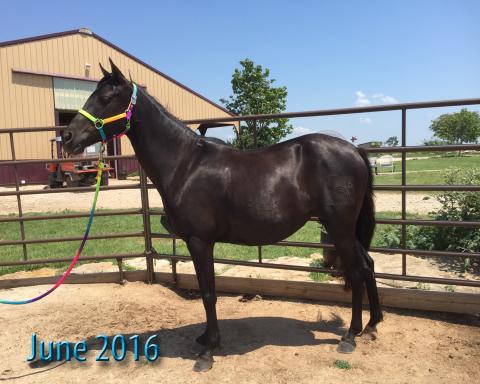 Purchased from an Oklahoma killer feed lot while in foal, Lyric’s history is unknown. After purchase, her kindhearted owner purchased additional “bound for slaughter” equines. As often happens, despite efforts of quarantine, one of the animals arrived as a shedder of the Strangles bacterium. Within a short time 8 horses became ill with Bastard Strangles. Lyric became deathly ill and was hospitalized. During hospitalization, she gave birth to a beautiful stud colt named Honour. Fortunately, with excellent health care, the mare and foal survived at a cost of nearly $8,000. Her owner realized that purchasing horses through killer feedlots was a huge mistake and made the decision to discontinue that practice as she also decided to reduce the size of her herd. She contacted Rainbow Meadows and asked that we become home for Lyrick and Honour until a forever home could be identified. Lyrick may have been previously owned by the Amish and may have been used as a cart horse. She is cautious around strangers but when she warms up she is quite friendly and cooperative