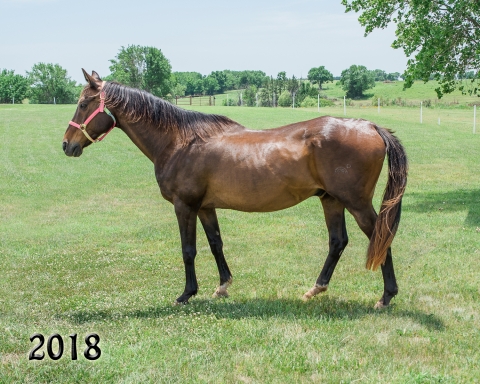 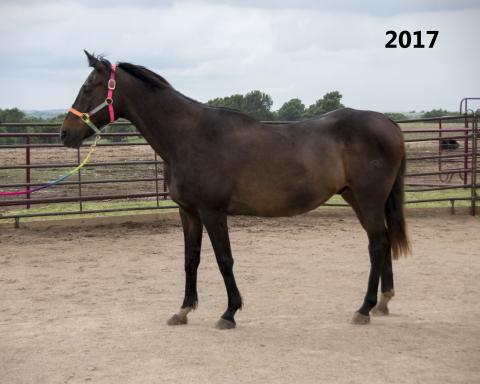 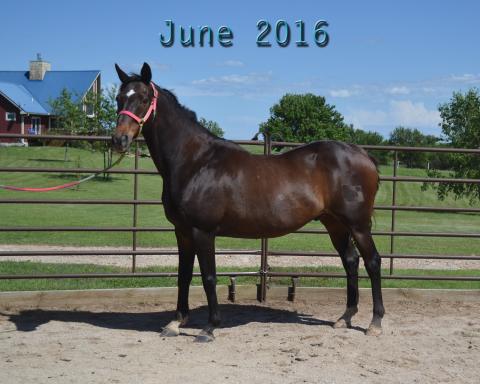 A 15h tattooed Thoroughbred, Neumann is a striking gentleman with the personality of a Golden Retriever. He was purchased at a Kansas sale barn in the winter of 2007 where he was at high risk of being sold to slaughter. Bought as a kid's horse, Neumann was suffering from pneumonia and once back to health, proved too energetic to serve as a horse for a young, inexperienced rider. Neumann's new owner requested that he be admitted into the Rainbow Meadows herd. He was quickly adopted and spent over 6 years with his adopter until health issues of the adopter required that he return to the ranch. He is saddle trained, sound and an nice mover.