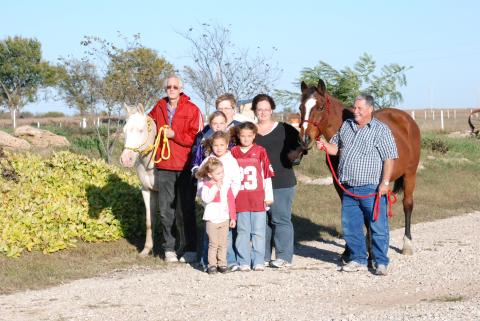 Noble is a cremello gelding that came to the rescue in October of 2007. He had originally been rescued by another Kansas rescue organization in December 2006 as part of the same weanling slaughter sale that brought Rainbow Meadows fillies Ko-Ko and Keoni. Noble was adopted from that rescue, but as an ungelded colt, he began acting “studdy” and his new adopter did not feel comfortable handling him. So, Noble was returned to the Kansas rescue. Under an agreement with that rescue, Rainbow Meadows accepted Noble as he awaited his forever home. He was gelded prior to arriving at Rainbow Meadows, and proved to be a calm and friendly horse with a love for people.