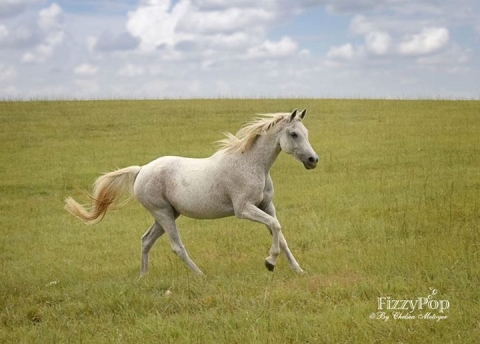 PS Silver Gem was purchased as an 18-month-old filly from Prairie Sylvania Farms in Cherryvale, KS.  Gem was Karen's "champion" NATRC horse, winning National Championships in 2004 and 2005.  Together they traveled thousands of miles in competition on the Kansas, Oklahoma, Nebraska and Iowa trails. Gem was a beautiful mare in heart and mind.  Karen says she taught her more about horsemanship than any other horse she has ever owned.  Gem was humanely euthanized at Rainbow Meadows Ranch during a severe and intractible colic.  Her body was respectfully laid to rest in a beautiful valley on the ranch where she had lived for nearly 12 years.  Gem was 19 years old.