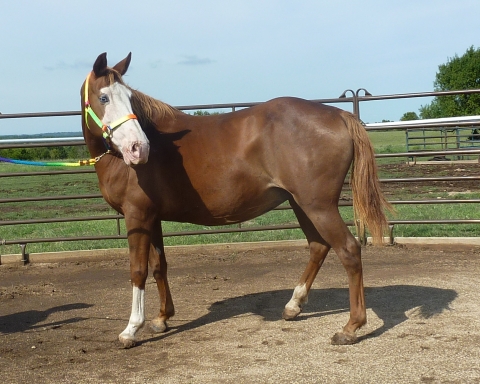 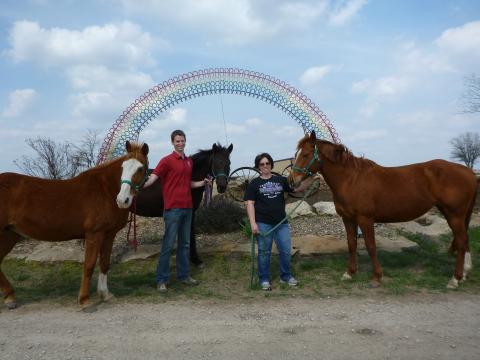 Rose is a paint mare with one blue eye that was abandoned in December 2009 at Watson Park in Wichita, KS, along with two other youngsters. One of them was nursing on her, making it a suspected offspring. She was then taken to an auction where she was purchased along with the same young horses. Minimal care was offered and one day Rose was found to have a new baby at her side. Already very thin and nursing a yearling, the new little bay colt had placed significant stress on an already compromised body. Rainbow Meadows was contacted by a concerned citizen and requested investigative assistance from a volunteer who lived nearby. That volunteer agreed to pay a ransom and provide transport for Rose and the colt, saving them from a life of neglect and giving them a second chance. Rose is very friendly and compliant and will be a great mount to her new adopters.