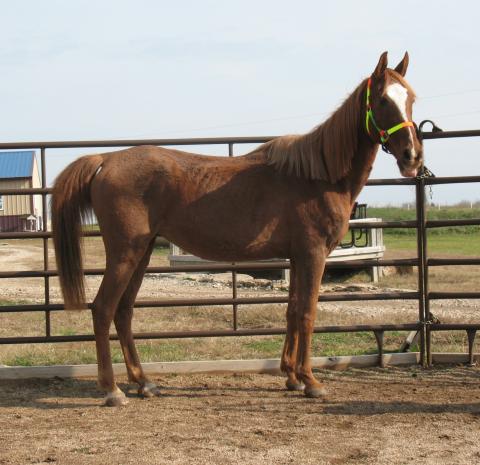 Sage arrived with three others - Saffron, Zatar and Cayenne (the "Spice Gang"). The owner had abandoned them on a small 4-acre pasture in Chautauqua County, Kansas in March of 2009. The grass was quickly overgrazed but warm weather and frequent rains prevented the horses from dying of starvation. With the arrival of autumn, they began to lose weight rapidly. Fortunately, a concerned citizen contacted authorities, who were able to locate the absentee owner and secure the horses through a relinquishment agreement. Rainbow Meadows was asked to step in and admit the horses allowing us to start their rehabilitation immediately. Sage passed over Rainbow Bridge on April 27, 2010 as a result of secondary complications due to choke.