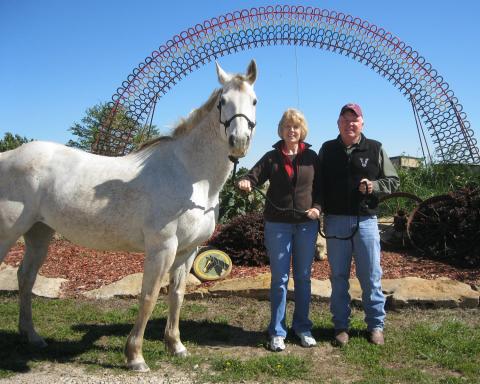 Third time is a charm for this lovely mare. Formerly known as Tess, this beautiful grey girl was trapped in a Kansas rescue that was closed in 2010 when all of the equines were seized due to severe neglect concerns. Tess was among nearly 70 horses, donkeys and mules that were placed into new homes by Coffey County authorities in September 2010. Just over a year later her new owner decided she was no longer desirable and Rainbow Meadows was alerted to her plight. Now in her third home we decided that the name Trey (resembling the Spanish word for “three”, “tres”) was more fitting for her. Trey is a very proud and elegant mare and moves with great power. She is going to be a great riding partner to her new adopters!