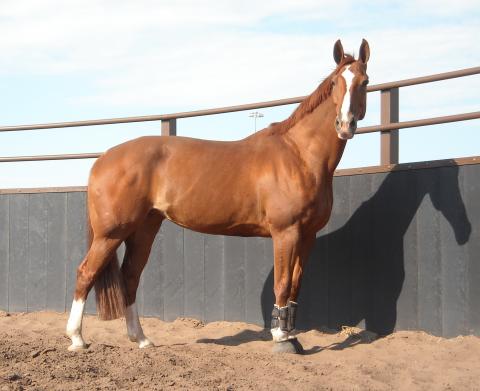 Evie, a beautiful Hanoverian mare that was imported to the United States from Germany in 2009, came to Rainbow Meadows with a resume that included extensive training and competitive jumping at the FEI-level. When her previous owner had to move on to college, Evie needed a new future. She was a lucky one - her owners were not seeking financial reward in her rehoming, but were instead focused on finding her the best possible future. Rainbow Meadows was asked to be an intermediary in finding that forever home, and Evie's adopters were quickly identified.